Vintage posters have always been an integral part of our sales and their popularity continues to grow.

Posters represent an artistic snapshot in time and there is understandably a broad appeal from collectors in all fields.  What better way to decorate your walls than with original artwork relating to your favourite subject?

Film posters are regularly one of the big draws for poster collectors with James Bond always popular along with early Classics such as Dracula, Breakfast at Tiffany’s, Star Wars and any other early and popular films from the 30’s through to the 70’s.  If it was a big hit then and is still popular now then the chances are it will have value.   Iconic Horror and Science Fiction posters always attract a huge amount of interest as do any films that feature icons such as Marilyn Monroe, James Dean and Audrey Hepburn.

The origin of posters can play a big part in their value with UK quad size (30” x 40”) and US posters generally commanding the higher values.  Another key determinant of value is condition – posters will always be susceptible to damage so for any well preserved early posters the prices realised can be ten times more than a poor condition example.

Outside of film there is a huge market for Transport related posters be them Railway, Shipping, Airlines, London Underground or Motorcars.

The same principles applied with posters from Shipping Companies and Airlines – destinations and “new” forms of transport where key to the how they marketed themselves and again they employed the best artists of the day.  Shipping companies posters that are popular included Cunard, Blue Star, Orient Line, P&O and Union Castle.  Popular airline posters include Imperial Airways, BOAC and BEA.   Artists to look out for that regularly designed posters include Frank H. Mason, Norman Wilkinson, Walter Thomas, Montague B. Black, Odin Rosenvinge, Chas Pears, Frank Wooton, Lee-Elliott, Abram Games

Vintage advertising posters from all of the big brands of the day are always in demand – Coca Cola, Cadbury’s, Shell, BP are good examples.

Another area of vintage poster collecting that attracts a broad range of interest are those that stem from the Great War, Second World War and other political conflicts.  Propaganda was typically the motive and again the artists employed were some of the best available so the colours and visual impact can be quite striking (as was the message!). 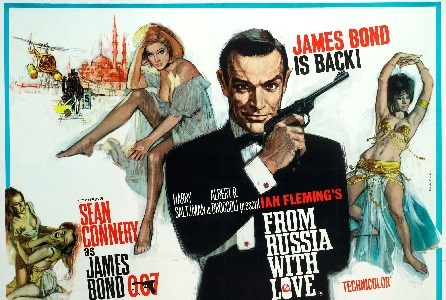