An interesting turn in the vinyl market is the sky high prices relatively recent ‘Indie’ records can now command. From the early 90s, the format of choice was suddenly becoming the CD, which meant a rapid decline in the sale of the vinyl format. As Britpop was taking hold of the nation, those ‘classic’ albums such as ‘Definitely Maybe’ (Oasis), ‘Mosely Shoals’ (Ocean Colour Scene), ‘Urban Hymns’ (The Verve), ‘Loveless’ (My Bloody Valentine) and ‘Parklife (Blur)’ were selling in limited quantities on LP, and for nice copies, expect to be shelling out three figure sums for these.

But perhaps we all know about these 90s titles! It wasn’t really until 2014 that the ‘majors’ were putting out their long players, so many albums released up until relatively recently on our beloved vinyl format have shot up in value almost exponentially! The following LPs are releases that have now become must haves for the discerning Indie collector:

Katie Melua – Piece By Piece (DRAMLP0002) – The Georgian born, London based singer-songwriter released all her albums on Mike Batt’s small label Dramatico up to her latest LP ‘In Winter’ – with this 2006 album limited to 5000 copies on vinyl.

The Courteeners – St. Jude (Polydor 1767024) – A definite heart breaker for this writer! I remember picking up this album from the ‘sin bin’ of Fopp Records in Manchester for the princely sum of £3. A  storming debut effort from those swaggering Mancunian lads, this was the soundtrack to many a Uni party!

How Much? Staggeringly, top copies also go very close to the £300 mark.

Gorrilaz – Demon Days (Parlophone 07243 873838 1 4) – This cracking 2005 from Damon Albarn and Jamie Hewlett’s ‘virtual’ band is another title that was only sold in few numbers on our beloved vinyl format. Bootlegged extensively, only the real deal is good enough for those die hard fans!

Dido – Life For Rent (Classic Records RTH 2015) – This 2003 album from Dido has only been officially released on vinyl once, on Classic Records subsidiary Rock The House in 2003. It may be interesting to see how the price changes if this gets reissued?

U2 – How To Dismantle An Atomic Bomb (Island U2 14) – Another case of watching one of the ‘big’ artists releasing an album from the mid-2000s, it selling in limited quantities of vinyl at the time, then just watching the price go up once it gets ‘deleted’.

Ian Brown – My Way (Fiction 2717470) – The Stone Roses frontman achieved a successful solo career in his own right; his 2009 LP was the final release before The Roses reformed, and perhaps the last album we’ll ever see featuring the monkey man?

Needless to say, if you have any of these titles in your collection we will confidently achieve these figures (providing they have been well looked after)… 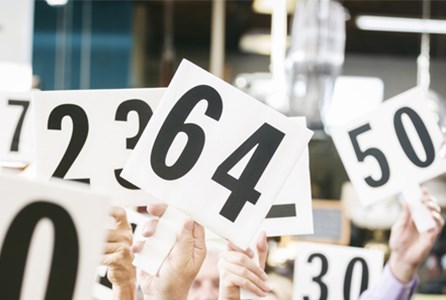